Bremen’s Neustadt – located in the centre of Bremen, on the left bank of the Weser – is developing into one of Bremen’s liveliest districts. However, the Friedrich-Ebert-Straße (see our post about Parking Day 2019 in Bremen) – a traffic axis designed at the height of the popularity of the “car-friendly city” – cuts the district in two and separates the neighborhoods of “Flüsseviertel” and “Südervorstadt” from each other. A working group of citizens who are committed to the development of the district have now presented a plan for the redesign of this main artery: 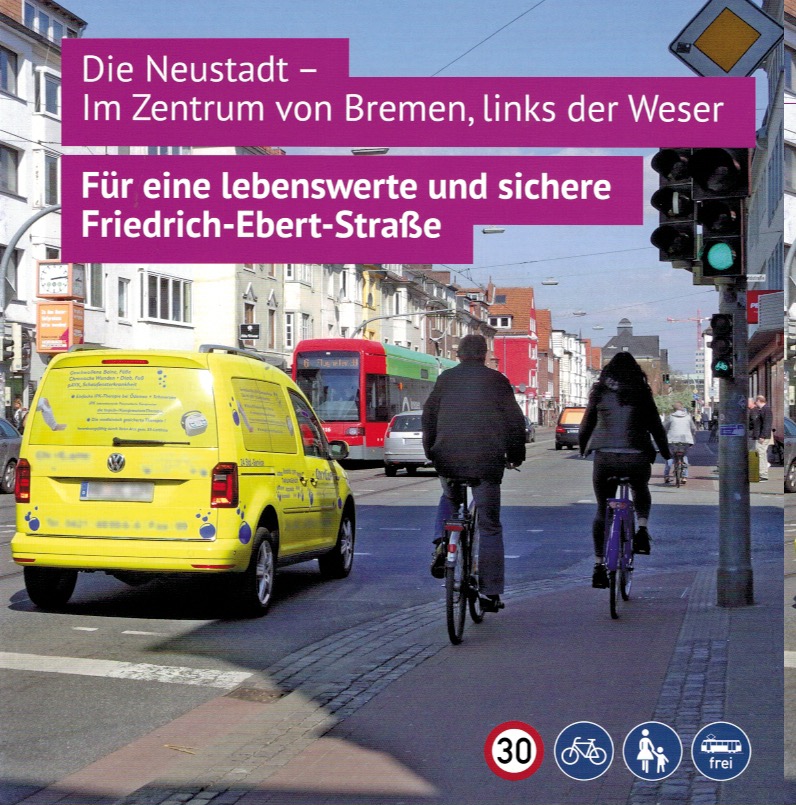 Cover picture of the brochure

of the proposal are the

According to a report by the local newspaper Weser Kurier,  the initiative has met with an encouraging response on the part of politicians, especially as some of the most effective measures can be implemented with a modest use of resources. In addition to this, as the report highlights, the measures are fully compatible with the goal of the Bremen Government to have made  the inner city  car-free by 2030.