We’ve got a short update on our story of the keycutter from Schwachhausen. As readers may recall, a key-cutting service on Wachmannstrasse was repeatedly parking its service vehicles right outside the shop, blocking the guiding system for visually-impaired tram users at the tram stop. At first the police didn’t recognise the problem, but when informed chose to do nothing.

Schwachhausen Local Council’s Social Committee then officially called on the police to act. The police replied to the committee that it would be too difficult to monitor what they saw as “short term” parking infringements. They also said they had spoken to the owner of the key-cutting service. Whether this is true or not, it has had no effect whatsover on the situation. The anti-social, obstructive and dangerous parking continues. The cars of the key service are still standing on the pavement in front of the shop for hours or even days at a time. This simply could not be missed by a police officer doing his rounds in the area.

Meanwhile, I keep receiving numerous messages from local citizens and councillors: “Now he is back, he’s been there for 4 hours.” – “Today he stood there all morning.” etc. Now other car drivers have joined in and use the illegal parking space newly provided by the police. Which now begs the question: What will the key service do if their “exclusive” parking space is occupied any old Tom, Dick or Harry for a longer time? Presumably he’ll complain to the police.

But clearly this is becoming all too much for our overworked local police. So the next port of call in Germany is usually the Public Order Office (Ordnungsamt). Unfortunately, they very rarely venture into our area, and are very selective about the sorts of issues they pursue. Blocking visually impaired access to the public transport system may or may not be one of them.

Then there is the advice that if you contact the Ordnungsamt, you should make sure that you provide information on the date, time or time window as well as the license plate or photo of the car. So it looks like I’ll need to spend a few days collecting data. Not that the police have time to do this, given all those other important tasks on their plate. One officer proudly told a recent local committee meeting that he had just followed a cyclist, who was cycling on a cycle path on the wrong side of the road, all the way from Schwachhausen to the city centre, where he then booked him. What a hero!

A few days ago, I was sitting with some friends in the café opposite the key cutter. Suddenly, a large dark car drove from the corner of Gabriel-Seidl-Straße, on the pavement, all the way to the front of the keycutter’s shop, a distance of around 100 metres. The driver disappeared into the shop for about 45 minutes. We collectively wondered if this could be the beginning of the end, not just for the tram stop, but for the entire pavement itself. We’re looking forward to what comes next. 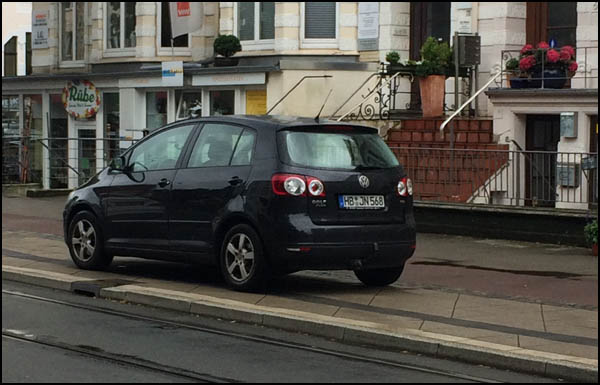 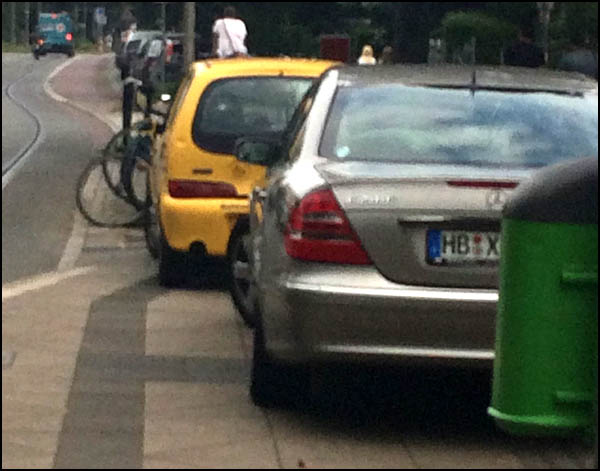 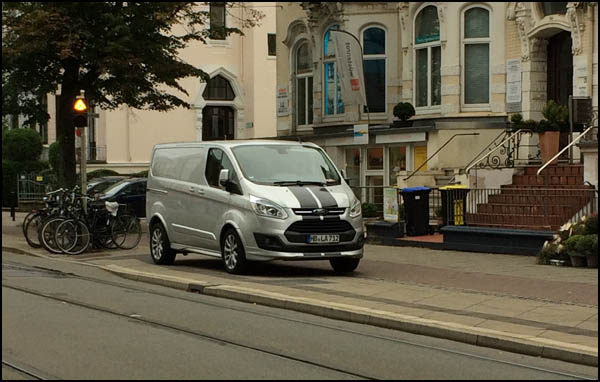 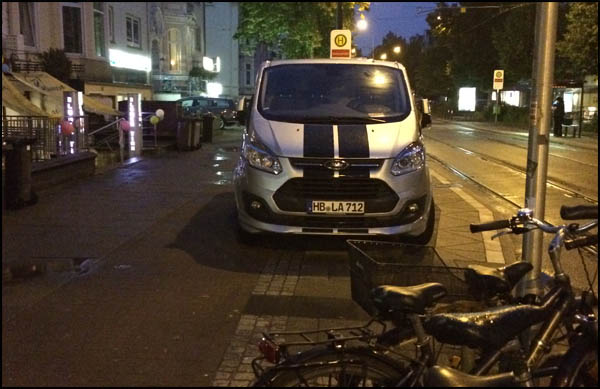 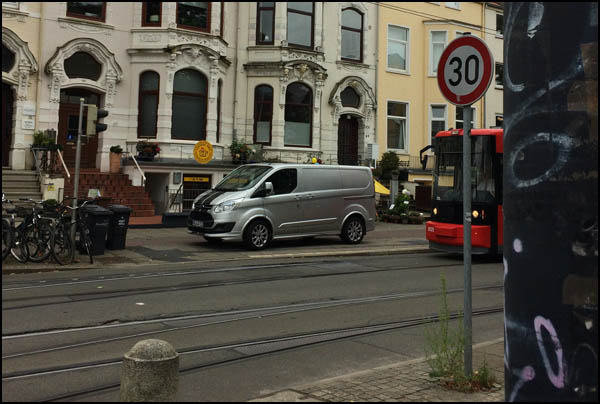