What makes the proposal even stranger is the fact that the local council has a progressive/left majority, with 11 members from the SPD, Greens and Die Linke, and 8 from the CDU and FDP from the right. In fact, both the Parkallee proposal and the move to legalise pavement parking were opposed by just one Green member.

One of the streets earmarked for legalised pavement parking is Lürmannstraße, a 10 metre wide one-way street including 2 metre-wide pavements, both sides illegally parked. 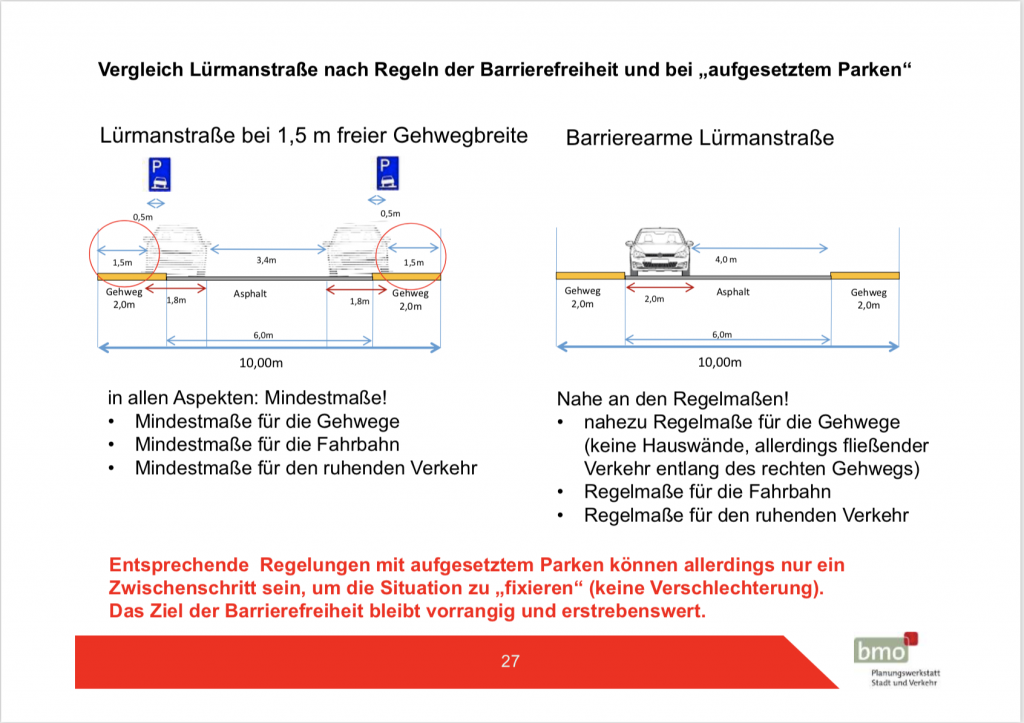 The local council’s proposal is shown on the left, with apparently 1.5m room for pedestrians. The reality, however is quite different. Fixed street equipment such as lampposts or control boxes restrict accessibility…. 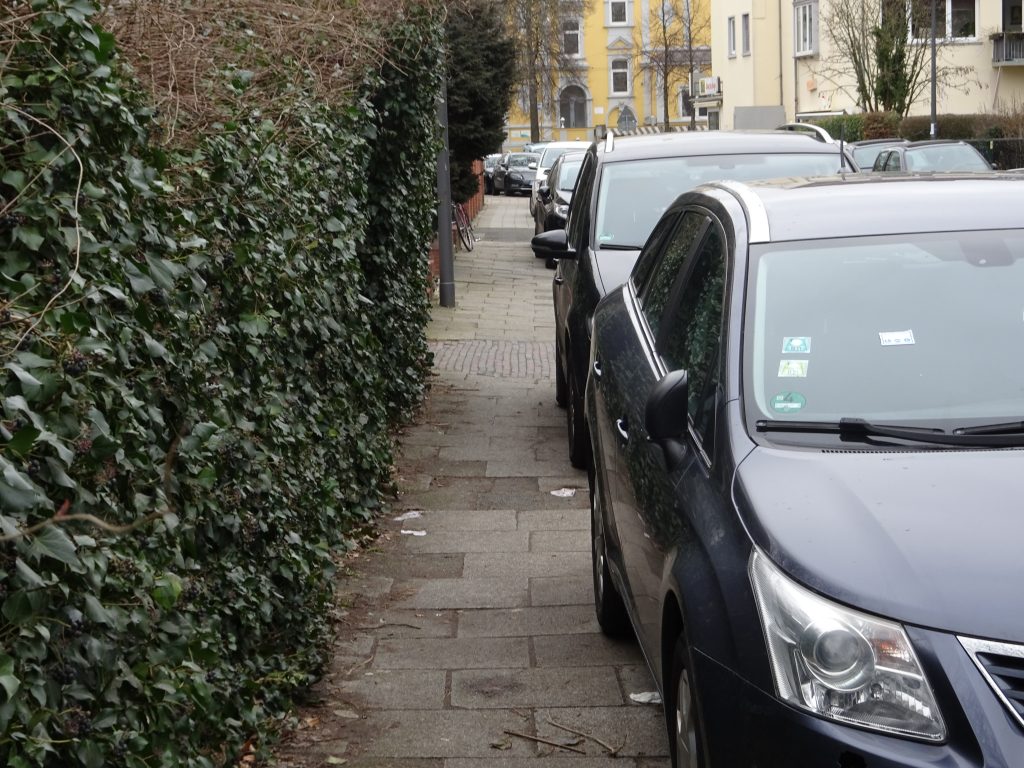 Then there are the temporary obstacles such as trash cans, signs for construction sites, house removals, bicycles locked on fences, boundary hedges, etc … 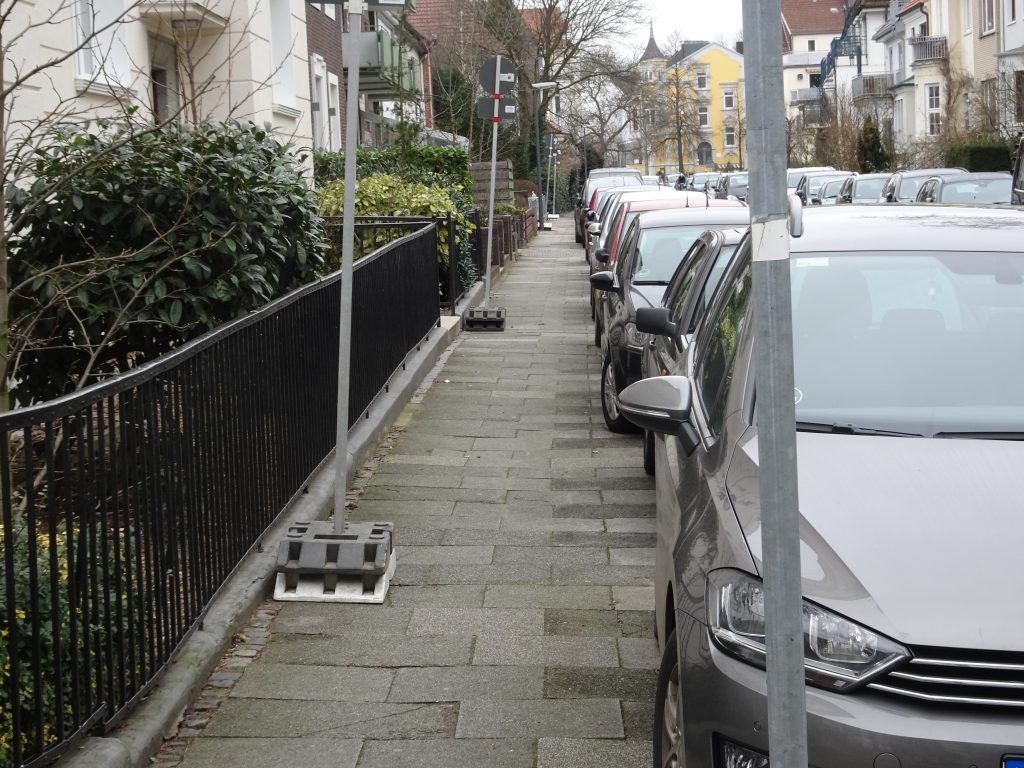 Then there is the reality of modern vehicles. According to the German motoring organisation ADAC, 70% of newly registered cars are already wider than 1.80m without rearview mirrors.

The commercial vehicles of craftsmen, suppliers and so on are typically over 1.95m wide, and can be up to 2.30m wide when mirrors are included… 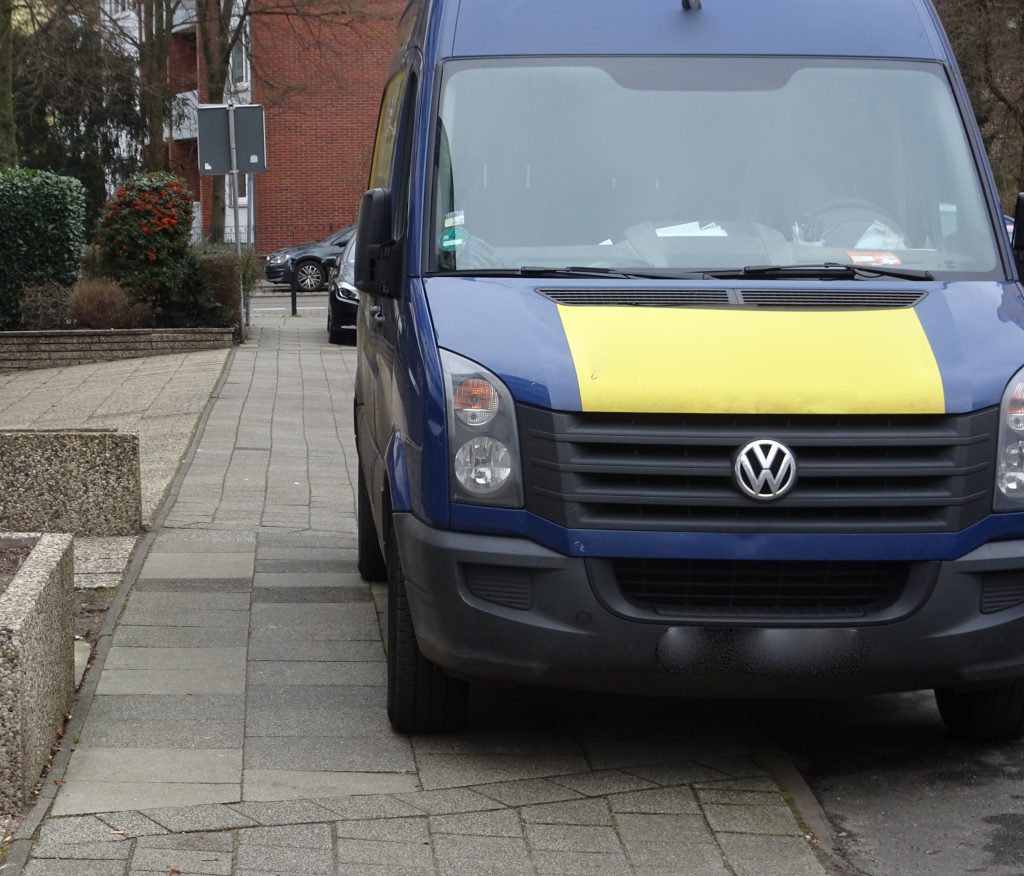 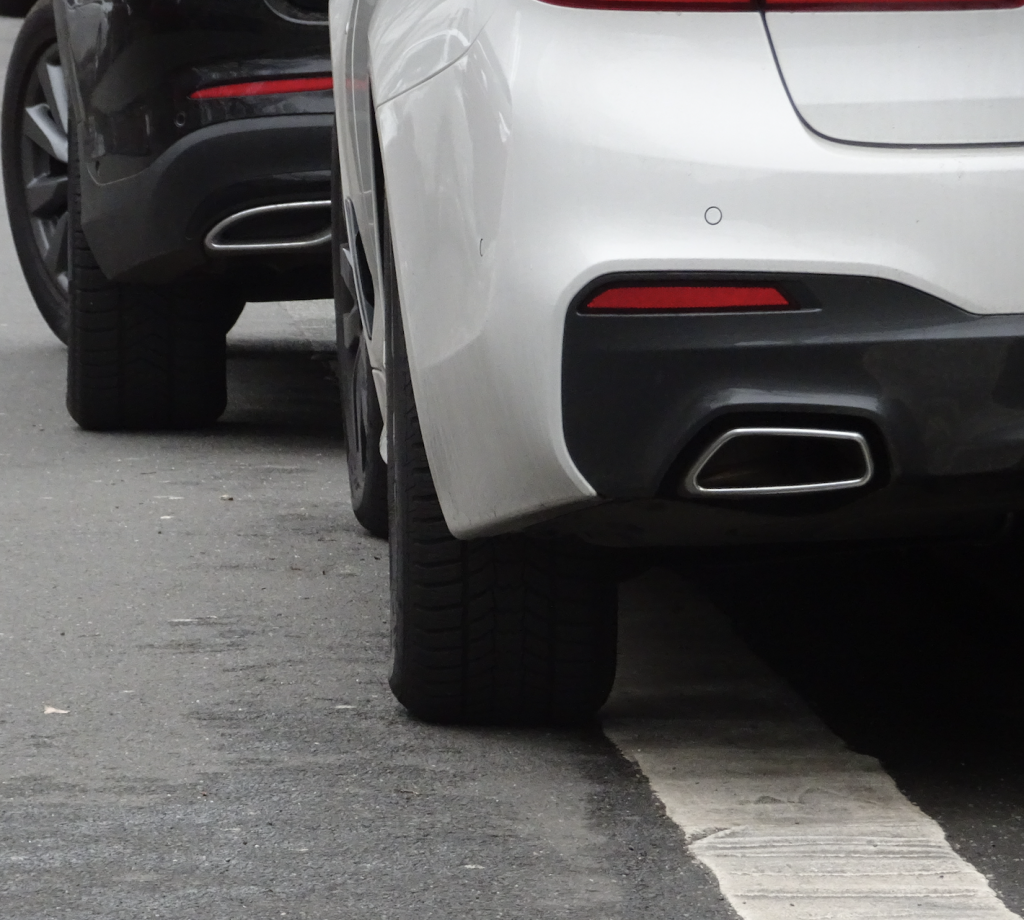 By its nature, parking on pavements has a touch of the wild west about it, even where it is legalised. The losers are inevitably cyclists and pedestrians.

It’s clear that the front line of the so-called War on the Motorist is illegal parking. The Transport Development Plan is clear. The only solution to the ongoing conflicts, and indeed to realise the city’s wider emission-reduction goals, is to reduce car parking:

“In order to remedy the conflict caused by illegally-parked vehicles on pavements, on cycle tracks and in car lanes, stopping bans will be consistently enforced through increased traffic controls. In order to make public space barrier free and enjoyable, particularly in residential areas, parking will be reduced step-by-step in favour of local mobility.”  –p.90 (English version)

Fortunately, Bremen’s Green Transport Senator Joachim Lohse has rejected the Schwachhausen proposal, and the project has been referred to consultation. But with friends such as those members of the Greens, SPD and Die Linke who voted for such an idea, he needn’t bother searching out political enemies.

7 thoughts on “The Desperados of Schwachhausen”